We are a contract drilling company. In comparison to the rest of the industry, we’re a medium sized business. We’ve just finished up our Business coaching program after three years, which was well beyond our original contract.

The initial goal was to tidy the business up for a possible sale, or what I really wanted, which was a successful succession of the business.

I started working with Ashley because of what I wanted to do with my company. I was entering an area that I had zero expertise with, and it was an area fraught with problems that I perhaps wouldn’t be able to understand. I needed an independent source of support and advice. I needed someone I could turn to apart from my own men because of ultimately what it was about. It was really a question of reality.

For me, it was a major operation to get the business to a saleable point. I’d done a lot of thinking, but in an uncontrolled way. I had no family succession, and the company has been in the family for 83 years. The thought of moving the company out of the family for the first time was an absolutely huge step. That was one of the reasons that I needed outside help in the first place.

Ashley more than anyone else made this happen, and the result is really pretty close to what I ultimately hoped for. 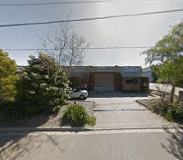