Ashley Thomson was awarded the Coach of the Year in 2015 (having previously won the coveted award in 2012), due in no small part to the consistent success he achieved with many businesses over 13 years of business coaching.  He estimates that he has conducted over 10,000 coaching sessions over his coaching career, possibly more than any other business coach in the world.  As the founder of Tenfold Business Coaching, he has gathered together a team of immensely talented people, who work individually with clients, yet support each other as a team.

Passionate about the numbers in the business, Ashley focuses on return on investment in his coaching. He’s coached businesses from film studios to mechanics to bakeries to industrial electricians. He loves coaching businesses and seeing his coaching clients get great results.

Ashley originally studied engineering but fairly quickly decided that his future lay in business, not the engineering world.  His talent for business was identified early on as he worked his way through the graduate program, conducted by a News Corporation affiliated company.  He was then tasked with teaming up with CEOs from many of the printing and publishing related businesses Rupert Murdoch acquired as he built News limited.  Working on projects in areas such as: marketing strategy, operations efficiency, IT implementation and sales management, he gained invaluable skills in how to grow and drive businesses.

He then moved into a role that saw him seconded to companies such as Telstra, Zurich, Kmart and Myer, where he led teams on business process reviews and marketing audits to assist these large corporate in achieving best practice.

After completing his Masters in Entrepreneurship and Innovation in 2002, he worked with a large printing corporation, assisting them in winning multi-million dollar tenders. He then thought it was time to get into owning his own coaching business, and became a business coach.

Ashley loves wrapping up a busy week with a trip out of Melbourne to pursue any of the outdoor activities he embarks upon: rock climbing, hiking, kayaking, mountain biking or skiing. 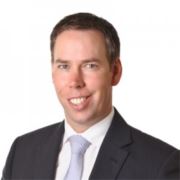