Over the last few years Dueltek have enjoyed year on year growth, but last year we just consolidated our position. We felt that we needed assistance in building the business to a higher level so we engaged Ashley Thomson as our business coach.

Today our turnover is higher and our gross profit has increased. We’ve been able to tick off all the goals we had at the start of the coaching program.

We were already doing a lot of the things that Ashley taught us, but he allowed us to focus on them more. He’s helped us take the ideas we already had, and look at them in different ways and take those ideas to their logical conclusion. It seems funny, but having someone to report to gives you that extra discipline. We’ve said in the past that we’ll do this or that, but it hasn’t actually happened.

Putting the KPIs, financial dashboard and test and measures in place to monitor our business has been the biggest area of impact. We’re much better informed as to our sales, prospecting, staff performance and financial levels, and whether we are on track. We’ve raised the bar three times this year as far as our budget is concerned, and by having the measuring systems in place we’ve been able to monitor that and adjust things along the way. That part of the coaching along has been very important to us.

We’re a small business. Jan and I have worked on it for twenty years. We don’t have time to fiddle around. We took this on, thinking we’d learn a little bit and come out of it fairly unscathed. But it was a pretty hard road there a few times. We’ve come through it. We’re better people for it, we’re better managers.

Instead of working longer – harder, Ashley taught us to work smarter – harder. That has involved seeing if there was a better way to do a job, or if there was a job that could be delegated to other people. Neither of us is doing as many tasks as we were prior to Ashley coming on board. We’re more managers now than day to day workers.

Jan and I were dubious in the beginning. We thought, ‘What can this young bloke teach us” But Ashley has done a good job, we’re very pleased with his methods and his candour and his approach. He’s helped us along the way whenever we’ve needed it. We would recommend him to others – the testament to that is that we’ve decided to retain him in an ongoing arrangement. Ashley’s Business coaching program is not for the faint hearted however. We have invested hundreds of hours this year into working through Ashley’s various programs, reading books, viewing training videos and listening to audio presentations. Ashley has pointed us in the right direction and together we have set ourselves weekly and quarterly goals. Ultimately though, the success, growth and development we have personally achieved out of this program have been up to us.

We’re grateful to Ashley and his team. It’s been a very professional relationship and arrangement. We’d recommend Ashley to anybody that’s looking for a business coach.

To learn more about Dueltek visit their website at www.dueltek.com.au. 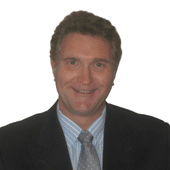 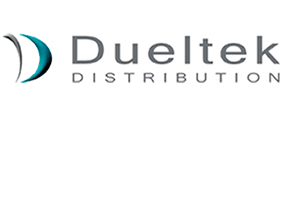